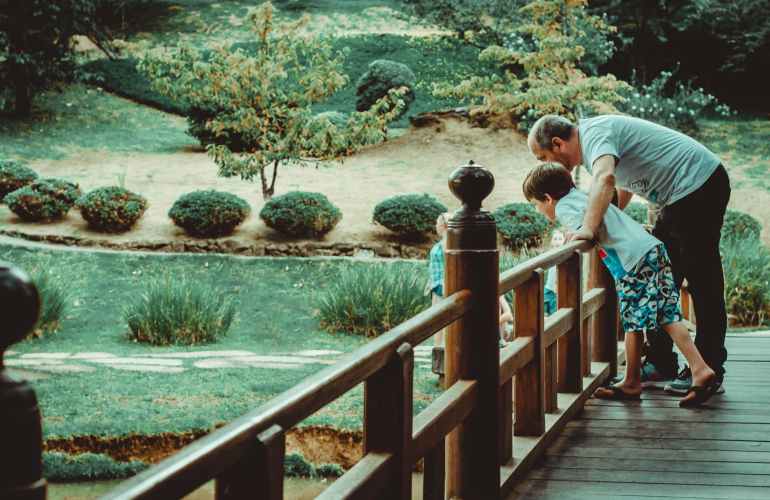 As I was preparing to embark on parenthood, I read several books and articles from reputable sources that offered a counterintuitive piece of advice: don’t say “no” to your child.

As I read on, I realized that the advice was more nuanced. Don’t say “no,” the experts advised, except in times of great danger. In daily life, try to use other words or phrases when you need to give your child a negative response. Save the word “no” for instances when you need to tell your child to stop immediately so that he or she listens and obeys quickly. In some ways, these experts have suggested that parents make the word “no” sacred. It should only be used in particular times and places.

While I quickly understood this advice on an intellectual level, it took some time to internalize it. Specifically, I struggled to come up with alternative phrases to “no.” What if my child grabs a toy from a playmate? What if she asks for a cookie at 6 AM? What if she requests “Baby Shark” or Frozen for the tenth time in one day?

As I thought through these scenarios and brainstormed other options, I was surprised to find I easily came up with two useful alternatives: “not yet” and “how about…?” “Great,” I thought naively. “I’m prepared.” I crossed that item off my pre-baby to-do list and moved on to the next task.

Once my daughter was born and I began to see–deeply, daily–the ways that a parent’s love for her or his child can mirror the love from our Heavenly Father, I realized that those alternatives were not my ideas at all.

People might think that God says no a lot. There are many teachings in the Catholic Church that can be hard to accept, especially at face-value and without an understanding of their theological foundations. In other situations, it feels like God says no to our most fervent prayers, or doesn’t answer them at all. To be sure, these moments can be difficult at best, and they can cause a crisis or loss of faith at worst.

However, like a good parent, I think God reserves the word “no” for situations that can be dangerous to our relationship with Him and others (think of the 10 Commandments). Rather, God tells us, “Not yet” and asks us, “How about…?” much more often.

A good example of this comes from the Gospel of John, when Martha and Mary send word to Jesus that their beloved brother Lazarus is ill (John 11:3). When Jesus decides to stay put for two more days, rather than going immediately to Lazarus’ bedside, it looks like Jesus is saying no to this emotional request for help. When he finally arrives in Bethany, Martha calls him out on his decision to delay: “‘Lord, if you had been here, my brother would not have died’” (John 11:21). But, as Jesus told his disciples, “‘This illness is not to end in death, but is for the glory of God’” (John 11:4).

Indeed, Jesus doesn’t say no to helping his friends. Rather, he says, “Not yet. How about something even better than you can imagine?” Martha and Mary certainly have faith that Jesus can cure their sick brother; that is why they reach out to him while he is out of town. But perhaps they can’t yet imagine the extent of God’s power and mercy. When Jesus encounters Martha on the road to her house, she confesses her belief “in the resurrection on the last day,” but she doesn’t seem to consider the possibility that Jesus can resurrect her brother here and now (John 11:24).

Arguably, the best way for Jesus to reveal the Father in this situation is to wait long enough for all hope to seem lost. Martha is right: if Jesus had been there, Lazarus probably wouldn’t have died. But because Jesus waits–because he says, “not yet”–something even more amazing can happen: Jesus can glorify God by raising Lazarus from the dead (John 11:40-44).

As a result, “many of the Jews…began to believe in him” (John 11:45) and the Sanhedrin, the council of Jewish leaders, “planned to kill him” (John 11:53). Jesus knows he is taking a risk by returning to the area surrounding Jerusalem where “the Jews were just trying to stone [him]” (John 11:8), but for the love of the Father, his mission, and his people, he performs this sign anyway.

While it might not always feel true, especially in a moment of desperate need, I think that God always answers our prayers. Sometimes his answers are a bit unexpected or even counterintuitive. Yet, as St. Paul reminds us, “All things work together for the good of those who love God” (Romans 8:28). As God works in and through us to bring about his Kingdom, perhaps his apparent “no” is really, “Not yet. How about…?”

Catherine Sullivan serves her family as a stay-at-home mom and teaches religion and literature part-time at an all-girls Catholic high school. She holds a masters degree in systematic theology from the University of Notre Dame, where she focused her studies the female Doctors of the Church. An outgoing introvert with a heart for Catholic feminism, Catherine lives in Maryland with her husband and daughter. View all posts by Catherine Sullivan

One thought on “When God Says No”